Abia State (FIC, Umuahia) – Governor of Abia State, Dr. Okezie Ikpeazu has stated the need for the review of the indices through which the Revenue Allocation, Mobilization and Fiscal Commission (RAMFAC) allocates funds from the Federation Account to various State across the Federation.

Governor Ikpeazu made the call while receiving the Federal Commissioner representing Abia State at the Revenue Allocation, Mobilization and Fiscal Commission (RAMFAC) and a former Deputy Governor of the State, Comrade Chris Akomas, Phd. and his Team at Government House, Umuahia. 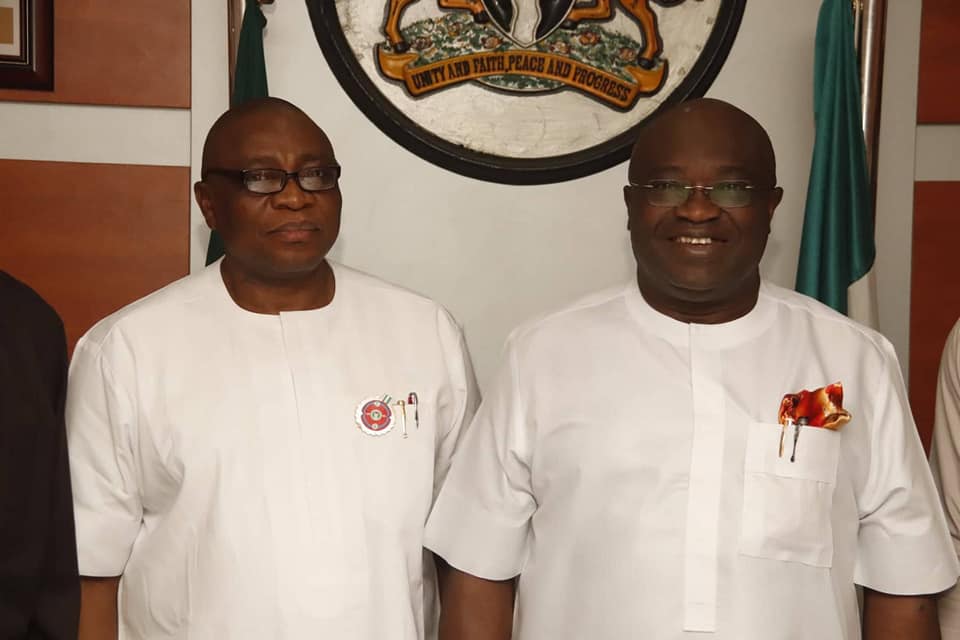 He called on the Commission to come up with policies that would engage States, Local Governments and other critical Stakeholders in revenue sharing and exploration of natural resources deposits in the states.

The Governor said that his greatest ambition is to have a life expectancy that is above the national average, closer to that of the Republic of CUBA which stands at 82 for female and 80 for male, adding that Abia under him is the first and only state to launch the Tele-Health initiative and currently taking care of the Elderly in various communities across the State.

The State Chief Executive said that he is more concerned with producing young millionaires through poultry business and other Agricultural value chains and promised to collaborate with RAMFAC towards increasing the State Internally Generated Revenue (IGR).

To that end he said that the State embarking on key reforms with a view to increasing its IGR before the end of the first quarter of next year.

Earlier, the Federal Commissioner representing Abia State at the RAMFAC , Chief Chris Akomas called for proper and efficient data of all mining activities going on in the State adding that the Mining sector should serve as alternative source of revenue for States across the country.

Chief Akomas who noted that Abia is blessed with huge mineral resources, sought the collaboration of the State in raising its revenue profile through other available sources and called on the State to work closely with the Federal Ministry of Mines and Steel Development in order to reap the huge benefits therein.

Deputy Governor of Abia State, Sir Ude Oko Chukwu, Secretary to Government, Barrister Chris Ezem, Members of the Abia State Executive Council and other Senior Aides of the Governor were present at the event.